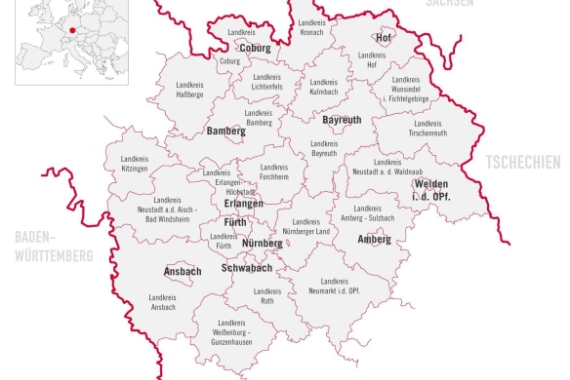 Map of the European Metropolitan Region of Nuremberg; January 2011

The Nuremberg Metropolitan Region is one of the powerful economic regions in Europe.

With a Gross Domestic Product of some 115 billion euros, its economic power is larger than that of Hungary or of the Baltic states and Bulgaria together. Its growth rate makes it to one of the five fastest growing European Metropolitan Regions in Germany.

To encoded transmission of your message:

PAST FORWARD
to top of page URL of this page:
<http://www.nuernberg.de/internet/economy/metropolitan_region.html>