Cultural Strategy at a Glance

What are the fields of action providing the framework for the strategy´s goals? Which actions and measures will be taken to implement those goals?

Cultural strategy of the city of Nuremberg at a glance

In Summer 2017 the City of Nuremberg launched the development of a long-term cultural policy strategy and plan. This plan is both an essential element of the application process for the European Capital of Culture title in 2025 and award and an important step in the cultural development of Nuremberg itself. The plan reaches beyond the year 2025 and must be feasible to implement, whether or not Nuremberg receives the title.

Between June 2017 and January 2018 the City of Nuremberg contracted with Network for Cultural Consulting (Netzwerk Kulturberatung) to facilitate this planning process. The essential involvement of Nuremberg citizens, artists, cultural organizations and cultural workers has been central to development of this plan. We have heard from many people through surveys, interviews, public workshops, and continual clear communications and analysis of findings.

The central goal of the process was to cooperatively develop consensus on cultural policy priorities, major fields of action, and concrete actions/measures to ensure sustainable development of the cultural infrastructure and cultural offerings in Nuremberg through 2030. These actions will make a decisive contribution to the cultural development of Nuremberg and integrate culture more clearly with the design and reflection of urban transformation processes.

This planning process has opened up new perspectives and opportunities for obtaining arts and culture a central place in the urban development of Nuremberg. Nuremberg has a history of responding flexibly and openly to social change and supporting cultural transformation processes. However, local culture is changing rapidly, especially through digitization and in-migration to Nuremberg. This plan seeks to utilize these cultural changes for the greater good of Nuremberg.

This is a “rolling plan” which creates the foundation for growth and change; it can and should be further developed and implemented in dialogue with local stakeholders and should be continually evaluated and updated. It focuses on constructively addressing current and upcoming challenges including digitization and integrating new forms of work and future-oriented urban development with culture. The plan leaves room to embrace and respond to change and new developments in the years to come; community culture is constantly transforming.

Goals and actions were developed through several large and small workshops with cultural workers, representatives of cultural policy and administration, as well as actors from the fields of education, the economy and tourism. The following three fields of action provide the framework for the plan’s goals and actions:

The following actions are identified from the cultural strategy to be implemented in a first phase starting in Spring 2018:

This plan presents a vision, guiding principles, fields of action, and specific steps (measures) to implement the goals. The goals and action steps were carefully developed from feedback gathered through an online survey, interviews with key experts/stakeholders, six cultural workshops and four advisory board meetings. Since the final report has been issued by the City Council, steps to implement actions have begun.

Download the Cultural Strategy as an accessible PDF (German)

The final report regarding the Cultural Strategy ist available in print and for download as an accessible PDF, both including an English summary and a version according to the European standards on easy-to-read information.

It’s the task of the Nuremberg Convention and Tourism Office to market this fabulous place. On this website, we have put together a variety of information about us and our work. Here you’ll find out more about our tasks and goals, current job offerings and internships, economic data and facts about tourism in Nuremberg – as well as information about our partners. 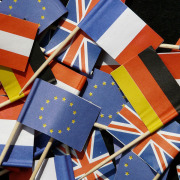 Since 1991, IR has been coordinating and promoting the international contacts of Nuremberg. It organizes the economic, cultural and administrative cooperation programs of the city, striving especially to foster the relations between Nuremberg and its twin cities.