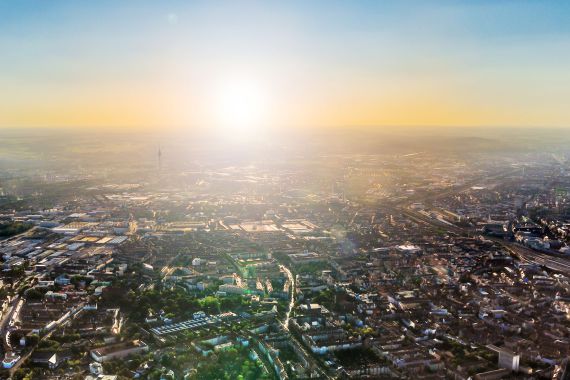 With a population of half a million, Nuremberg belongs to one of the ten largest economic centers in Germany. The city also serves as the business and cultural base of the Nuremberg Metropolitan Region, reaching a population of 3.5 million.

The city has continued to develop its trade routes as well as its historic leading edge as a center of knowledge and trade. Today, state-of-the-art hubs and trans-European transportation networks are paving the road to the future. Exceptional connections support the development of Nuremberg as an important location of economic activity.

Nuremberg is positioned at the intersection of the Paris-Prague, London-Brussels-Vienna-Budapest and Warsaw-Berlin-Rome motorways. (A3, A6, A9, A73) The estimated travel time to Munich is for example 1,5 hours and to Berlin 3,5 hours.

Nuremberg is a European railway hub and is integrated into the Euro-City network, the national InterCity network, the high-speed network (ICE) and the German Railway combined network. The estimated travel time to Munich via railway is for example 1 hour and to Berlin 3 hours.

Nuremberg is a powerful international aviation hub. Every year some millions of passengers take off from Albrecht Dürer Airport Nürnberg to more than 50 nonstop destinations and more than 300 transit destinations.

The popularity of Albrecht Dürer Airport Nürnberg is down to combination of a consistently high level of customer satisfaction and customers’ appreciation of what the airport stands for. Business travellers in particular appreciate USPs such as short walking distances and premium services. This has been reiterated by the fact that Nuremberg has now won the Business Traveller Award in the Best Airport for Business Travellers in Germany category for the twelfth time in a row.

The Main-Danube Canal is the only waterway route that connects the North Sea with the Black Sea. The Freight Village (GVZ) at the port is the biggest multifunctional freight transport center in Southern Germany and an important logistics hub for the region. There are over 14 million tons of cargo handled per year.

More and more visitors are traveling to Nuremberg by cruise ship on the Main-Danube canal. You can also be one of the over 100,000 passengers who visit our city by cruise ship each year.

Because of its good connections to public transportation networks, attractive conference venues and hotels, and ideal environment for side programmes Nuremberg is acknowledged all over the world as a highly desirable site for trade fairs and congresses. Nuremberg Fairgrounds offer close to 170,000 sq.m. of exhibition space. NürnbergMesse is one of the 15 largest exhibition companies in the world and among the Top Ten in Europe.

to top of page URL of this page
<http://www.nuernberg.de/internet/economy/location_infrastructure.html>