Nuremberg has been well known for its toys for more than 600 years. Once every year, the world’s attention focuses on the Toy Fair, placing the city at the heart of the international toy industry. In its role as an international business hub, the Spielwarenmesse is welcoming reputed retailers and buyers to Nuremberg’s Exhibition Centre from 29 January to 2 February 2020. And it is a success story that has benefited the city, its economy and the local population. During the fair, the Franconian capital comes to life in celebration of toys during this unique event. The International Toy Fair always takes place at the beginning of the year. You can’t afford to miss it! 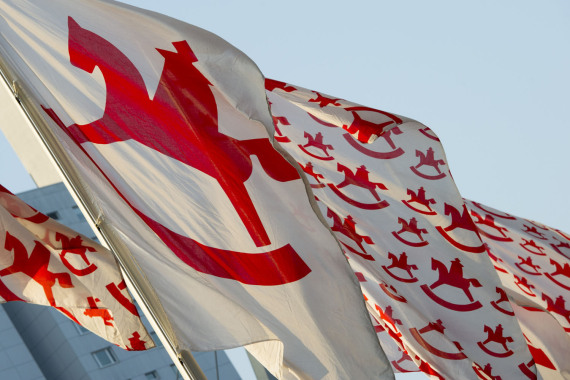 The red and white flags emblazoned with the Toy Fair logo are already fluttering in the breeze in the centre of Nuremberg, welcoming trade fair visitors from far and wide, and also inviting locals to get involved in this major event. The Toy Fair itself is only open to trade visitors, but the city will once again play host to a variety of fringe events that are open to the general public.

More than 65,000 visitors from 120 countries are expected to attend the Toy Fair every year. That means boosting business at local hotels, restaurants and retailers. For more than 70 years now the trade fair has also been important to Nuremberg’s image. The city’s association with toy production dates back centuries and Nuremberg is synonymous with toys to this day.

From tin soldiers to Playmobil figures 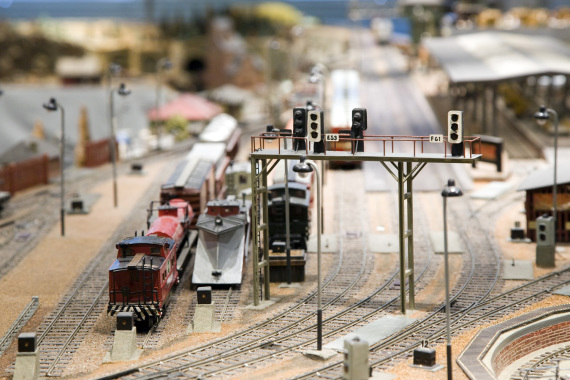 25 percent of all toys made in Germany are produced in the Metropolitan Region of Nuremberg. Renowned industry players such as geobra Brandstätter, Bruder Spielwaren, BIG and Simba are all based in the area. The internationally renowned Playmobil figures, the most successful miniature figures of the 20th century, were first created here.

This is perhaps no coincidence, with Nuremberg being recognised as the toy city par excellence since the 15th century. It owes this reputation to the production of tin toys, and primarily tin figures. King Louis XVI of France had an entire army of tin soldiers made in Nuremberg. Meanwhile, the figures produced by Heinrichsen are still highly sought after by collectors across the world.

Nuremberg was also known for the manufacture of dolls in the Middle Ages, with tin toys and model cars and railways following, as well as tin figures. Today, many museums display exhibits charting Nuremberg’s toy tradition and are well worth a visit.

Toy City – What’s going on during the International Toy Fair

Across Germany there are a good 11,000 people currently working in toy production, around half of whom are based in the Metropolitan Region of Nuremberg. They are joined by many employees of the companies that have specialised in the development and distribution of toys such as VEDES, the retailer with one of the longest traditions in the European toy sector, or TÜV Rheinland, one of the world’s leading toy testers.

To make sure that the theme of toys also comes alive for the rest of the Nuremberg population and for tourists to the city throughout the Toy Fair, the Toy City initiative, together with numerous partners in the heart of the city of Nuremberg, is putting on a lively fringe programme. The ToyCity event programme gives international retailers and buyers a unique opportunity to explore Nuremberg, the city of toys, and to enjoy generous visitor benefits. The colourful supporting programme includes, for example, a guided tour at the House of Games ("Haus des Spielens") and the ToyCocktail, which is served at several bars around the town.

Tourists and locals alike can also find out more about Nuremberg’s toy tradition for themselves by following a guided trail through the old town, taking part in the Nuremberg Games Festival, or watching the südpunkt TIPP-KICK city tournament. Who said toys were just for children!

From the Games Archive to the Future "House of Games"

Nürnberg is home to treasure trove, the memory of the German toys and games industry – a gazillion of board and card games and a thousand new games added every year. And the place where the collection is housed is a board games museum at the Pellerhaus. The vision to create it in a House of Games (Haus des Spielens) is also reflected in the city's proposal to become a European Capital of Culture in 2025 – because playing games is one of humankind’s oldest cultural technologies, and it exists across all cultures, irrespective of age, gender or educational level.

The House of the Game will be the new cultural and meeting place in the northern heart of Nuremberg's Old Town. The idea behind a future "House of Games" in the midst of Nuremberg's Old Town is to make games actively available to both players and non-players, local residents and visitors, not only for them to experience and play, but also as a spur for further encouragement and development.

PAST FORWARD
to top of page URL of this page:
<http://www.nuernberg.de/internet/economy/toycity_nuremberg.html>